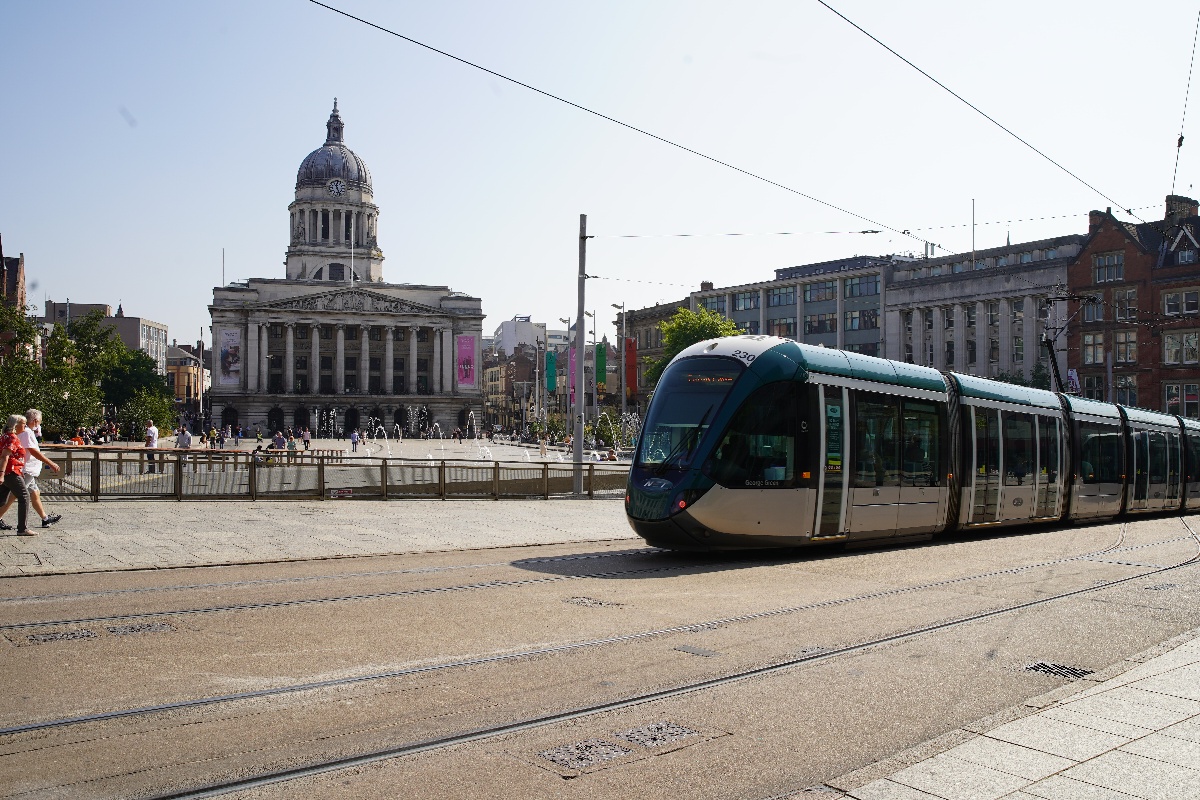 NET are urging all tram users to “Pay Up Duck” in a new ‘zero tolerance’ campaign to further clampdown on fare evasion on Nottingham’s trams. From next Monday 21st March there will be an increase in on-board travel officers, with anyone without a valid ticket facing a penalty charge notice of £70 and the risk of a criminal prosecution.
With fares from just £1 and a range of ways to buy tickets online and in-person, the tram offers convenient, affordable travel for millions of people, yet a small minority of fare evaders continue to undermine the tram’s efforts to keep Nottingham moving and support the city’s post-pandemic recovery.
NET introduced new penalty fares and increased on-board travel officers last Autumn which have had a positive impact, but measures are now being stepped up even further to stop fare evaders in their tracks.
It is hoped that the threat of an immediate £70 fine, removal from the tram and the risk of a criminal prosecution will act as a clear deterrent to fare evaders, forcing them to do the right thing and buy a ticket before they travel. However, travel officers will take a zero tolerance approach, issuing an immediate penalty notice to anyone without a valid ticket – should any penalty fines be collected, a percentage will be donated to charity in support of the Ukraine emergency.
Tramlink CEO Tim Hesketh said:
“With tram fares from just £1 it has never been easier to buy a ticket but a small minority of fare evaders continue to take the city and our loyal customers for a ride, so we are stepping up our efforts with a new zero tolerance approach.
“A £70 fine, removal from the tram and the risk of a criminal record should be a clear deterrent to all fare evaders, and our aim is to collect fares not fines, but we will not hesitate to penalise any passengers without a ticket. We have given fair warning on fares and our message is clear, do the right thing and buy a ticket.”
The new ‘zero tolerance’ approach to fare evasion comes as passengers can now use a range of methods to buy a valid ticket before they travel, including ticket machines at every tram stop, the Robin Hood Smartcard and the NETGO! app. Passengers can also benefit from a range of different ticket types to suit their needs including the £1 Short Hop fare; £2.50 Event Tickets; the ‘Study by Tram’ scheme for students; and the ‘Work by Tram’ scheme for commuters and local businesses. Full information about how and where to buy a tram ticket, and the different ticket options available can be found at www.thetram.net/tickets.
SHARE THIS ARTICLE

Half Term Savings On Tram Travel!

The first half-term holiday of 2020 is almost here, and families can enjoy cut-price travel on Nottingham’s tram network during the winter break.The popular Group Ticket offer has been extended, and...

END_OF_DOCUMENT_TOKEN_TO_BE_REPLACED

Full Timetable To Resume From Monday

Nottingham’s tram network will see a return to a full weekday timetable from Monday (January 24), with trams from every three minutes in the city centre at peak times.

Since Christmas, a Sunday...