Back of the NET! Tram and Forest team-up to offer fans unlimited, discounted travel on match days 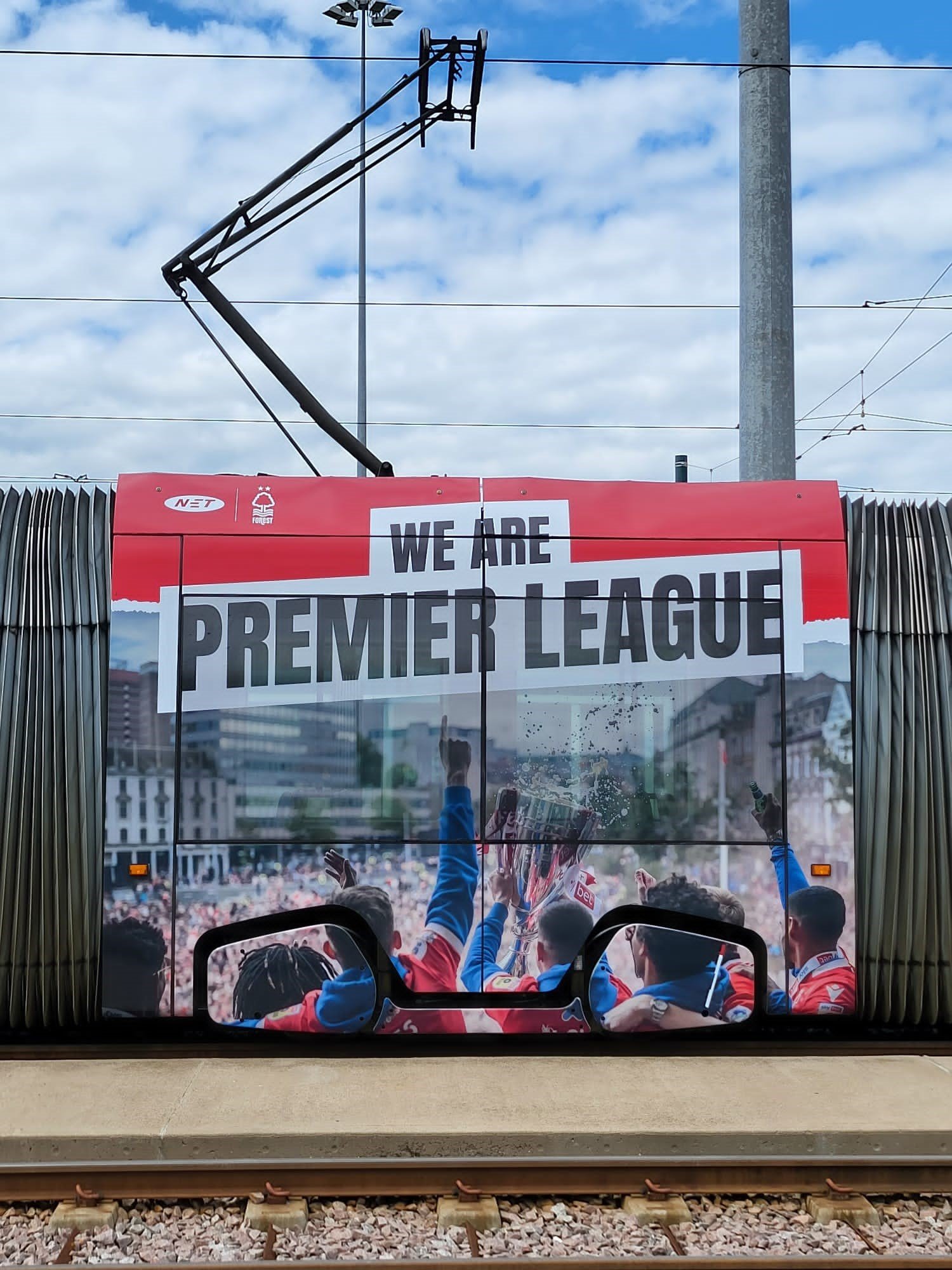 NET are offering more good news for jubilant Nottingham Forest fans ahead of the return to the Premier League with the launch of a new ‘Forest season tram ticket’, offering supporters unlimited tram travel on all home matchdays for the discounted price of £65 for adults or £45 for under 19s.

NET and Forest have joined forces to create the new ‘Forest season tram ticket’ that will offer fans a convenient, affordable way to travel to all Premier League and cup home games next season. Compared to buying a single tram ticket each matchday, the new ‘Forest season tram ticket’ offers a 27% discount or well over £23 of savings for supporters – a neat fit with Forest returning to the top flight after some 23 years, as it heads into the 2022-23 Premier League season.

The Forest season tram ticket is now available on the NETGO! app and at the NET Travel Centre. To further celebrate Forest’s huge achievements in gaining promotion to the Premier League and the massive boost it has given the city, images from the club’s promotion celebration event with fans and residents in Old Market Square will also be installed on the side of a tram.

“With huge savings and unlimited travel on Forest matchdays, the new ‘Forest season tram ticket’ is a top-flight offer, fit for the Premier League. Forest’s amazing achievements have been a huge boost for the whole city, so we’re delighted to launch these special fares to show our support for the club and its fans as they begin their Premier League journey.”

"We can’t wait to welcome fans back to The City Ground for our return to the Premier League in August, so we’re delighted to team up with NET to make travelling to our home games even better value. It will also be great to see Forest branding on some of the city’s trams, building on the incredible support we’ve seen across the city.”

Nottingham’s tram networking is offering customers the chance to beat the winter blues with some great value travel.

Today, the start of the third week of January, is often...

END_OF_DOCUMENT_TOKEN_TO_BE_REPLACED

Nottingham’s tram network has embraced an initiative that provides a late-night safety refuge offering protection to vulnerable people who may need help on a night out.

END_OF_DOCUMENT_TOKEN_TO_BE_REPLACED

1 minute read
With Nottingham Forest and Leicester City meeting in the FA Cup this weekend in an exciting East Midlands derby, NET are showing football fans their support by offering free travel on shuttle buses...
END_OF_DOCUMENT_TOKEN_TO_BE_REPLACED